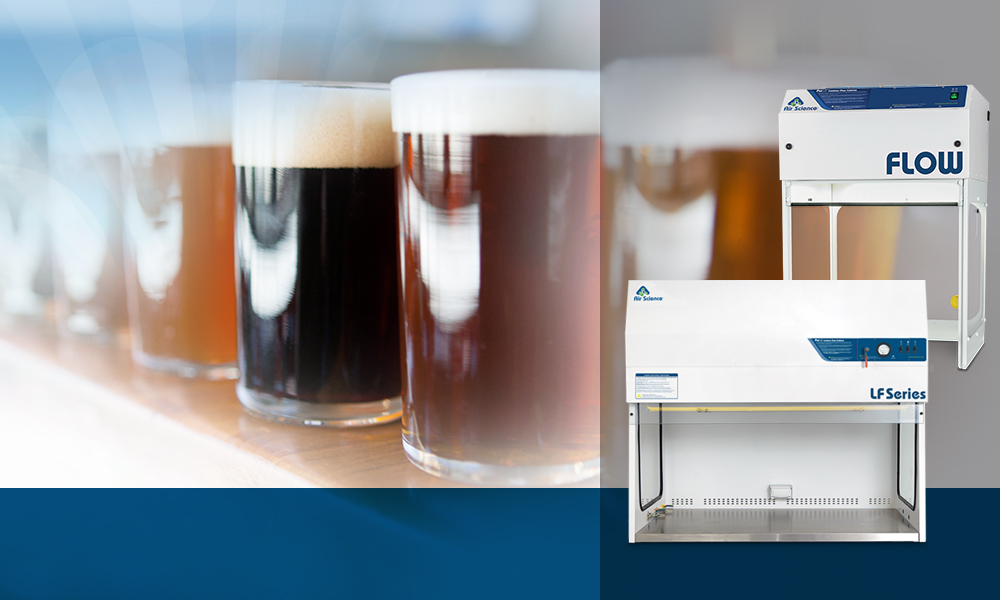 The air we breathe contains a diverse community of microorganisms. This atmospheric microbiome includes countless varieties of bacteria, viruses, particulates, aerosols, and fungi. The fungus kingdom is one of the widest scientific kingdoms and includes approximately 120,000 species of mushrooms, 100,000 mold species, and at least 1,500 species of yeasts. For the most part, airborne microbial communities have little impact on healthy humans. They do, however, pose a risk to certain scientific applications.

Though the single-celled microorganism may seem simplistic, yeast species can range from pathogenic yeasts, those that cause fungal infections, and phytopathogenic yeasts, those found on plant surfaces to those used in food production. Perhaps the most commonly used yeast is the species Saccharomyces cerevisiae, which is used in breadmaking, winemaking, beer brewing, and industrial ethanol production in the biofuel industry.1 While it’s, perhaps, obvious that branches of mycology, the scientific study of fungi, in the medical and pharmaceutical research sector are sensitive to contamination from microbiota, aspects of the food and beverage industry can be just as susceptible.

Though beer brewing and winemaking start slightly differently, they both use yeast in the same way. Beer brewing starts by steeping a starch source in water to produce a sweet liquid known as wort. In winemaking, harvested grapes are destemmed and crushed into grape juice. Fermentation starts when yeast added to the wort or juice feeds off of sugars and converts them into ethanol. Other fermented drinks, like root beer and kombucha, are created in the same way as beer, yet the fermentation process is cut earlier, so the drinks are naturally sweeter and contain little or no alcohol.

Unique brands of both wine and beer get their distinctive tastes from their recipes as well as the fermentation process. Within that process, breweries and wineries often rely on their own master yeast culture. Though wild-caught yeast can be used, it often produces unpredictable results. In winemaking, for example, grapes already contain wild phytopathogenic yeasts on their skins. The cultivated, pure yeast strain suppresses wild yeasts to ensure predictable fermentation and a reliable finished product.

Keeping Consistent from Batch to Batch

It is largely through these pure yeast strains that both breweries and wineries can produce a commercial product that is easily recognizable for its unique, branded flavor profile. The trick to replicating a particular brew comes from maintaining the known qualities of the fermentation yeast culture.

When preparing either beer or wine for commercial sale, breweries and wineries need to scale-up their yeast propagations quickly to produce larger batches of product. During yeast propagation scale-up, samples of their master yeast strain are cultured in a laminar flow hood to ensure the known characteristics are replicated without contamination that can affect the taste or lead to failure. Laminar flow hoods rely on laminar, or constant, non-turbulent airflow that moves unidirectionally. These cabinets use HEPA or ULPA filtration with controlled airflow to purge and prevent airborne particulate accumulation in the work zone, maintaining a sterile environment for yeast culturing.

Brewing Equipment to Count On

Help prevent contamination through HEPA filtered air that passes uniformly by laminar flow through the cabinet interior. This helps prevent unfiltered air from reaching and contaminating yeast cultures and propagations on the work surface.

Protect the most sensitive or valuable yeast cultures and propagations with ULPA filtration (99.999% efficient at particle sizes between 0.1 to 0.3 µm) and either Vertical Laminar Flow (VLF) or Horizontal Laminar Flow (HLF).

Horizontal or Vertical Laminar Flow: Which is best for your application?