The main principle on which the filtration of gas molecules is based is the concept of adsorption.  Two main processes by which adsorption takes place are physical adsorption and chemisorption. 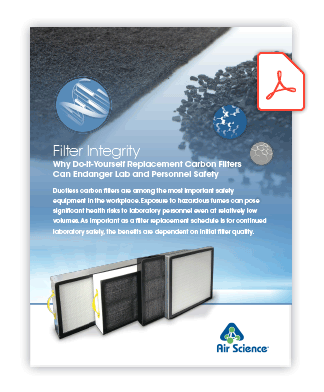 The ability of a filter to function efficiently depends on a number of factors including temperature, humidity, residence time, filter age, evaporation rate and chemical concentration.

Activated carbon filters are not recommended for use: